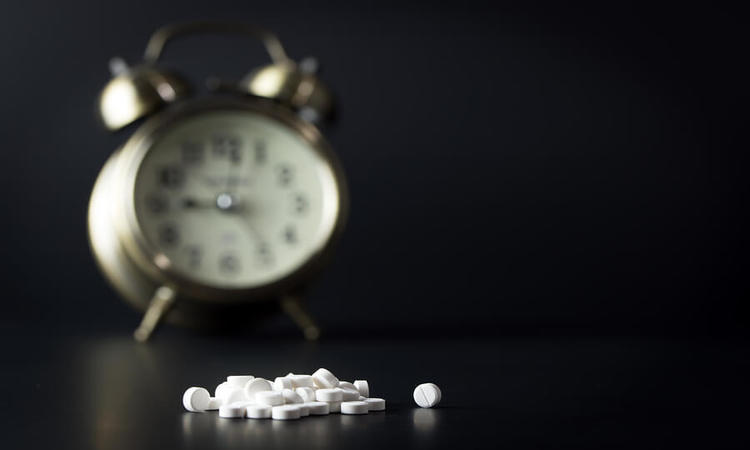 How Long Does Valium Stay in Your System? – After consuming Valium orally, about 90% of the drug is absorbed by the body. The peak concentration occurs in about 1 to 1.5 hours, according to the Food and Drug Administration.

Valium (diazepam) is a long-acting benzodiazepine with a half-life that ranges from 20 to 50 hours for a 5 mg dose. Valium is usually prescribed for anxiety or obsessive-compulsive disorder, but it may also be used for the treatment of alcohol dependence or seizures.

Valium acts on the central nervous system by increasing the availability of GABA (gamma-Aminobutyric acid). This chemical decreases activity and results in feelings of calm and relaxation.

How Long Does Valium Stay in Your System?

How long Valium stays in your system influences how the medication will affect you. As noted, Valium is a long-acting benzodiazepine. This fact means that it remains in a person’s system and produces effects longer than short-acting drugs in this class.

The medication’s half-life helps predict how long someone could expect to test positive for Valium based on when they took their last dose. However, due to individual factors and the fact that the half-life has a relatively wide range, a person may want to expect that it will be on the longer side of the spectrum.

A test for Valium can be performed using hair, saliva, urine, or blood samples. How long the drug remains detectable depends on several factors:

Valium can be identified in hair follicles for up to 90 days. These are used primarily to check for long-term drug use, as they can’t tell if the person is using the substance currently.

A urine test is probably the most common method used to determine if a person has used Valium recently. It can be found in urine for up to six weeks after the last dose.

Saliva testing is rarely used for Valium since this drug is only detectable via this method for up to 60 hours after the last dose.

Blood testing is another means that might be used to determine if a person has Valium in their system. However, like urine, the metabolites of the drug do not remain in the blood very long—only about two days after the last dose.

When a person enters a detox facility, they will often conduct one of these tests to evaluate how much Valium is in a person’s system. In most cases, they use either a urine screen or blood test.

Within 1-4 days of taking the last dose, acute withdrawal symptoms can onset. These tend to be the most noticeable by the third day. They may include the following:

The acute period is followed by another stage that lasts for between 10-14 days. During this stage, the following symptoms may occur:

The symptoms in this second phase are usually milder than the acute phase. After this stage, it is possible to continue encountering anxiety and depression as the body stabilizes.

Ultimately, however, every person withdrawing from Valium will have a different experience. For this reason and others, getting professional help with this process is the best option. Attempting to detox from benzodiazepines on your own could lead to life-threatening withdrawal symptoms. Therefore, medical supervision is always required.

Two of the most severe potential effects are seizures and psychosis. This condition is similar in many ways to alcohol withdrawal syndrome. Psychosis is characterized by a partial or full break from reality. A person might experience the following:

They may also engage in inappropriate behavior, speak incoherently, and have a difficult time functioning in general.

The average seizure lasts between 30 seconds to 2 minutes. They can result in long-term effects or cause the person not to wake up if the seizure persists for longer than 5 minutes. A seizure occurs as a consequence of abnormal brain electrical activity, and may include the following symptoms:

Valium has beneficial medical purposes, but it also has at least a moderate potential for abuse and dependence. Those who suspect they may be dependent on this drug should seek help from a detox and rehab program. These programs can help to make the withdrawal process more comfortable and ensure a person’s safety.

Contact Recovery By The Sea anytime to learn about our treatment options. We tailor our comprehensive programs to meet the specific needs of our clients. We provide a warm, comfortable environment that fosters healing from addiction while our clients undergo withdrawal and the process of recovery.

Let us help you break free from addiction and begin to live the happy and fulfilling life you deserve!

⟹⟹⟹ READ THIS NEXT: Is Xanax a Barbiturate?

Valium Withdrawals – Valium (diazepam) is a benzodiazepine, belonging to a class of medication that is most commonly used to relieve anxiety, as well as insomnia and occasional seizures.

Any person who has used Valium for more than four months may experience withdrawal symptoms when they try to quit or drastically cut back. As Valium accumulates, the body reduces its own production of anxiety-relieving chemicals.

People who use Valium for a prolonged period or in high doses may experience more intense withdrawal symptoms after discontinuing drug use. These effects occur because, over time, the body grows accustomed to the drug’s presence and becomes unable to function normally without it – this condition is known as dependence.

Once physical dependence has developed, the user needs Valium to function and forestall symptoms of withdrawal. Valium users sometimes increase their doses to avoid withdrawal symptoms as tolerance to the drug increases.

In some cases, withdrawal from Valium can be life-threatening, so users should never try to quit abruptly (“cold turkey.”) Moreover, discontinuing Valium requires medical supervision as the body and brain strive to reestablish balance and become once again able to function properly without the drug.

The intensity of withdrawal symptoms largely depends on the duration of time in which the Valium was used and the average amount used on a daily basis. Withdrawal from Valium can be unpleasant and sometimes intense, but the symptoms are often less severe than more powerful benzos such as Xanax.

Common symptoms of Valium withdrawal include the following:

Because Valium is a long-acting benzodiazepine, withdrawals last longer than that of most other drugs in its class. And due to its long-lasting effects, in some cases, the first symptoms of withdrawal may not occur for up to one week for those who Valium heavily.

One study from 1982 measured the withdrawal symptoms of 10 patients who had misused Valium from 3-14 years. Over the previous six months, their use of Valium had ranged from 60-120 mg daily, and they reported using no other drugs. The results were as follows:

“The withdrawal period lasted about six weeks. The intensity of the symptoms and signs was high initially, fell during the first two weeks, then rose again in the third week, before finally declining.”

The first signs of Valium withdrawals might be experienced within two days of discontinuing use. Symptoms of anxiety and restlessness begin mildly but increase in severity over time.

The symptoms of Valium withdrawals often peak in the second week after cessation. The worst symptoms of withdrawal usually start taking effect during this time and may include insomnia, nausea, sweating, and muscle pain.

Valium withdrawal may persist for up to a month after discontinuing use. The intensity of withdrawal symptoms subside during this time and become more manageable.

To detox means to clear the body of a substance while mitigating the withdrawal symptoms that will crop up once the substance is no longer being used. To detox from Valium without professional medical supervision can be dangerous, so it’s a great idea to enter a medically-supervised detox program.

Throughout a Valium detox, the dosages of Valium will be periodically reduced – usually every week – until the drug is entirely out of one’s body. Detoxing slowly can prevent dangerous withdrawal symptoms such as seizures from occurring.

Most researchers of Valium addiction recommend a fixed discontinuation schedule for detox lasting from 4 to 8 weeks. The length of time it will take for a full detox varies depending on how severe the physical dependency is assessed to be. The worse an addiction is, the more likely one is to experience highly unpleasant and possibly life-threatening withdrawal symptoms.

Treatment for Valium Withdrawals and Addiction

After or during a tapering period, people who have abused or become addicted to Valium are encouraged to participate in a long-term, comprehensive drug treatment program. Integrated treatment can be administered on an inpatient or outpatient basis, but always includes psychotherapy, counseling, education, and group support.

Our center provides individualized treatment delivered by caring professional staff who specialize in addiction and mental health. We give clients the tools and support they need to be successful in recovery and sustain long-lasting wellness and harmony.

Contact us today to find out how we can help you on your journey to recovery!